Welcome to the team Zaima and Ciaran! 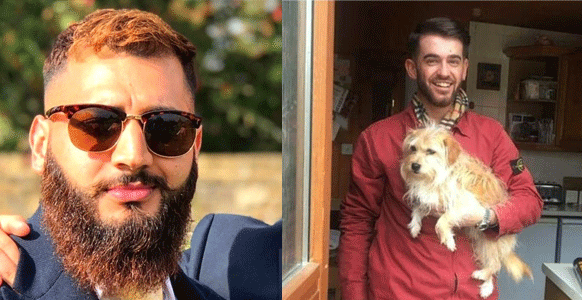 We are excited to welcome two newbies, Zaima and Ciaran! Both will be joining us in senior roles, and we are looking forward to seeing what you and your experience will bring to the AZTech team.

Welcome, Zaima, who will be joining us as a Senior Client Account Manager.

Zaima graduated in 2014, with a degree in Business Management. Since then, he’s worked in a variety of roles including 1st/2nd Internal support technician, Technical Consultant and as an account manager with clients such as Gist, and Brunel University (the University he attended).

Out of the office, Zaima can be found hiking one of the Peaks, playing cricket for his local team (the Ebury Strollers) or training for a half marathon. Also, a fan of podcasts, Zaima recommends listening to ‘The Serial’- “you’ll thank me later”. Since lockdown, Zaima has ditched the gym and found a new love for eating (usually BBQ lamb chops, chips and Nando’s) and boxsets and recommends watching Line of Duty and Money heist! Zaima can speak Pashtu, Urdu and is learning to speak Arabic. He also supports Arsenal (but we won’t hold that against him).

When asked why he wanted to join AZTech, Zaima said “I always wanted to be part of a growing organisation, being part of this journey will be something special. Also from my interview, Sean, Mike, and Chris were clearly interested in giving employees the opportunity to learn and gain in their career aspiration, which is important to me”.

Zaima said that his key strengths that he brings to the team is his want to learn and grow, being self-motivated and resilient, as well as being a great listener (however, he advised not to ask his wife for a reference).

We asked Zaima about his thoughts on AZTech so far, he said “Friendly people and company. Care about their customers which is rare to find. Also, happy to help with personal development”.

Zaima’s favourite Joke: There are three types of people in the world: Those who can count and those who can’t.

We would also like to welcome Ciaran to AZTech, who is joining the service desk as a Senior Support Engineer.

Ciaran joins us, as a remote employee, all the way from Scotland, after returning there to be closer to his friends and family during the pandemic.

Ciaran has worked in IT since he was 17 years old and started his career off as a helpdesk manager for an MSP in Perth, Wales. Since then, he has worked in between Wales and London as a Senior Infrastructure engineer.

Out of the office, Ciaran enjoys music, cars and travelling. He loves going on adventures which usually include hiking and climbing mountains. Since moving back to Scotland, Ciaran says he spends most of his time, painting his face blue and running around in a kilt in the snow… However, Ciaran is due to have a baby in October so we’re sure his hobbies will change.

When asked why he wants to work with AZTech, Ciaran said “I feel the culture and people are very in line with what I am used to and really look forward to working with you all, as well as coming down to Milton Keynes to work alongside the team…. And maybe get a pint when we are allowed”.

Ciaran’s key strengths are that he is energetic, enthusiastic and hard-working. He hopes to be able to bring his can-do attitude and passion for the industry into his new role.

Ciaran’s favourite joke: Edinburgh and Glasgow, same country, two very different cities. When a gun goes off in Edinburgh, it's one o'clock.

Want to join the team? Check out our current vacancies here.